On Tuesday 30th December, TWBS 2nd XI took on the Commonweal School, who have ties to Swindon Town Football Club, in the last 32 of the National Cup. The game started with a very high intensity and our opposition retained possession for a short period of time. We recognised that our tactics would have to be defensive football with counter attacking moments. Our lightening striker, Max Ratcliffe, broke their line of defence but narrowly missed the target, with the ball just running wide of the right post. Commonweal then stepped up the intensity again and scored two quick goals before half time 2-0. 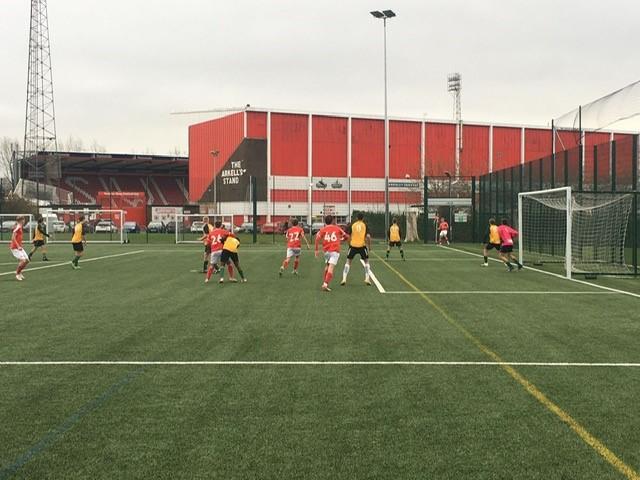 In the second half you could tell that our two touch football, building possession and patience was working for our opposition who were tiring out our team. They scored three goals in the final twenty minutes of the game, however we did get a late consolation goal. Luke Austen struck a high looping ball, that forced the goalie to make an acrobatic save but at the same time he parried the ball into Cameron Boys’ path who smashed the ball home from close range. Final score Commonweal School 5 TWBS 1.

A great experience to play on Swindon Town’s training ground and right outside their stadium. These boys should take pride and be really happy in their achievements, now holding the record at TWBS for the best 2nd XI run in this competition.

Man of the Match: Herbie Ruse, for a fantastic work rate and leading the team by example.