(Report by Will Moss)

TWBS opened up 1 and 2 with Harry Pritchard and Jack Arnold. Off to a slow start with the opening batsmen gone, Windsor were struggling at 24/2 after 10 overs. A small partnership between Will Moss (Capt) and Harry Bicknell steadied the ship. 51/2 after 15 overs. Partnership broken as both batsmen fall in quick succession. 56/4 16 overs some excellent late hitting from Mark Venter and contribution from Hassan Baig. 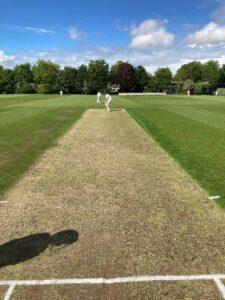 Opening bowler Will Moss starts off proceedings bowling from the pavilion end alongside with Arthur Jacobs. First wicket falls in the 2nd over as Arthur Jacobs persistent lime and length paid off.

Tight bowing from the opening pair put the batting team under pressure. With a small partnership building a run out occurred as grammar school pushed for a second run the ball was thrown by Jack Arnold to Will Moss who took the bails off. 20/2 Moss bowls in his 3rd over and an exceptional catch is taken from Mark Venter.

Venter and Pritchard on 1st change as they tear through the middle order both each taking 2 wickets.  Economically brilliant Harry Pritchard pulls TWBS back in the game. Grammar school struggling at 38/7. Bowling from Will Moss as he clean up 2 batsmen towards the end . Grammar school 46/9. Fighting back grammar school get to 62/9. Eventual wicket taken from Mark Venter. Grammar school 65 all out TWBS win by 10 runs

Special mention to James Miller and Habishek alongside with Oliver Teale.

(Report by Will Moss)

Claires Court won the toss and chose to bowl.

TWBS Opening Batman Jack Arnold and Habi saw off the early bowlers, but it was a slow start by Windsor as both batsmen then fell, leaving us at 20/2! Mark Venter came in next and played a superb knock for 17 runs that boosted Windsor’s total. Will Moss added some useful runs (26*) but perhaps should have batted higher in the order. Windsor finished on a below par 84/4 & so would need to again bowl & field well to stand a chance of winning.

Will Moss & Arthur Jacobs again opened the bowling. The Claires Court batters made a steady start in their reply. The run chase was made easier as Claires Court hit the bad balls away for runs & so were 30/0 after 8 overs. Harry Pritchard was first change bowler & slowed the run rate, but ultimately Claires Court were not troubled at all & coasted home to victory by 10 wickets. A disappointing result to go out of the County Cup in the ¼ finals, but it has highlighted the need to score runs in a quicker manner & not leave the best batters too low in the order! 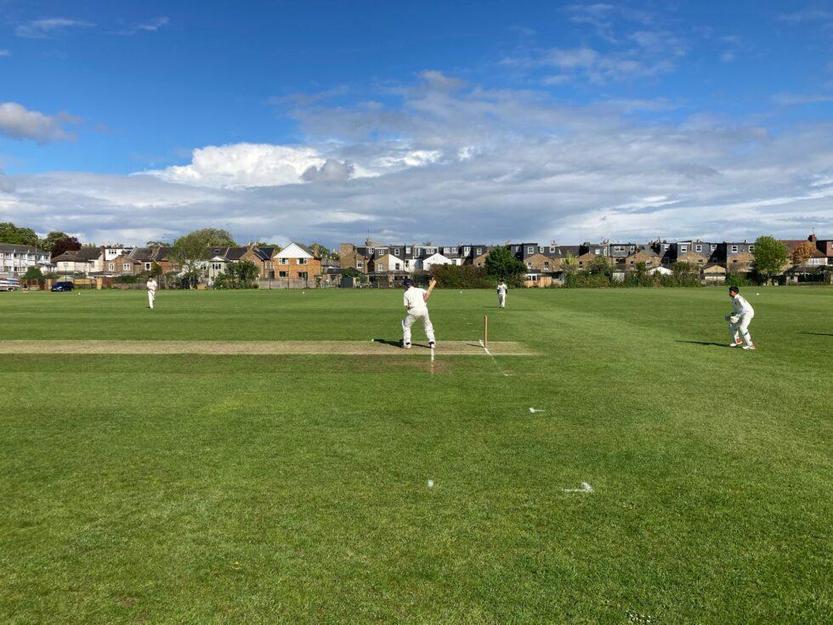