While the Under 17 team travelled with Mr Clark to Gordon’s School for their inaugural match (with one eye looking forward to Season 2022), we hosted teams from Ewell Castle School, Claires Court School and Gordon’s School here at Stovell at Under 14 and Under 15 age groups in a triangular festival.

As you can see from the photos, the good weather brought out a good number of parents to support and cheer on their teams. It was amazing to see the Stovell field a hive of rugby activity in the morning. After considered scouting and talent spotting, by Mr Jones, during the House matches before half term our Under 15B team played their first game together against a strong Ewell Castle side and an organised Gordon’s Under 15B team. While the results showed we finished second best both times, the energy, commitment and enjoyment shown by the boys was excellent; as was the improvement in the quality of rugby they played in their second game. This was helped by a good showing of support from the Under 15A players (who had a welcome weekend rest after a hard National Cup game the previous Wednesday).

The Under 14A team carried on their excellent work by gaining comprehensive wins over Claires Court and Gordon’s schools. Both games were try-fests with a great number of superb team tries scored by TWBS. The Under 14B team had a tough game against the first up Ewell Castle up who were caught still half asleep. Thankfully the boys were much more energised and invigorated by the time their game vs Gordon’s school came around and they finished the morning with a thumping win!

Messrs Chester, Jones & Mountford organised and refereed all the games brilliantly. Mr Wilson’s inspiring tactical talks were no doubt the reason for the improved performance of the Under 14Bs team in their second game! 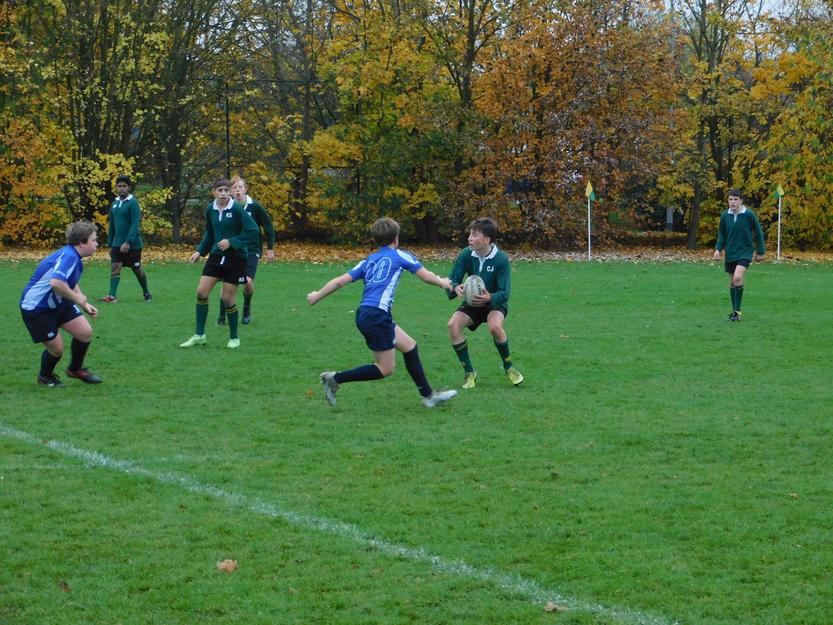 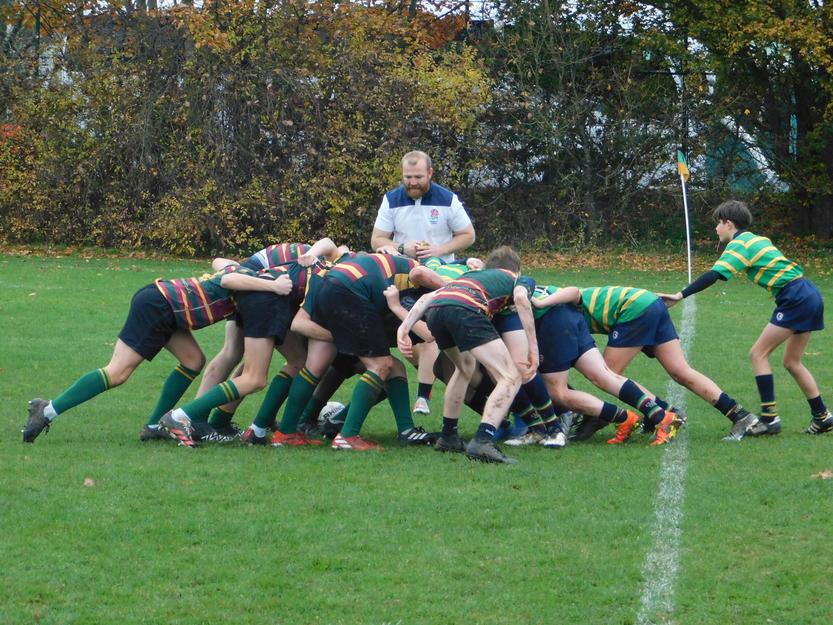 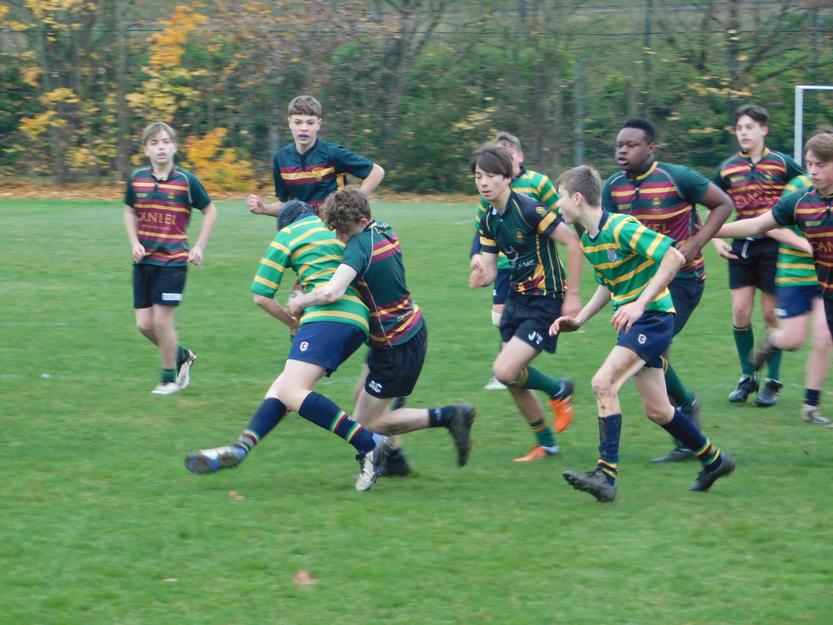 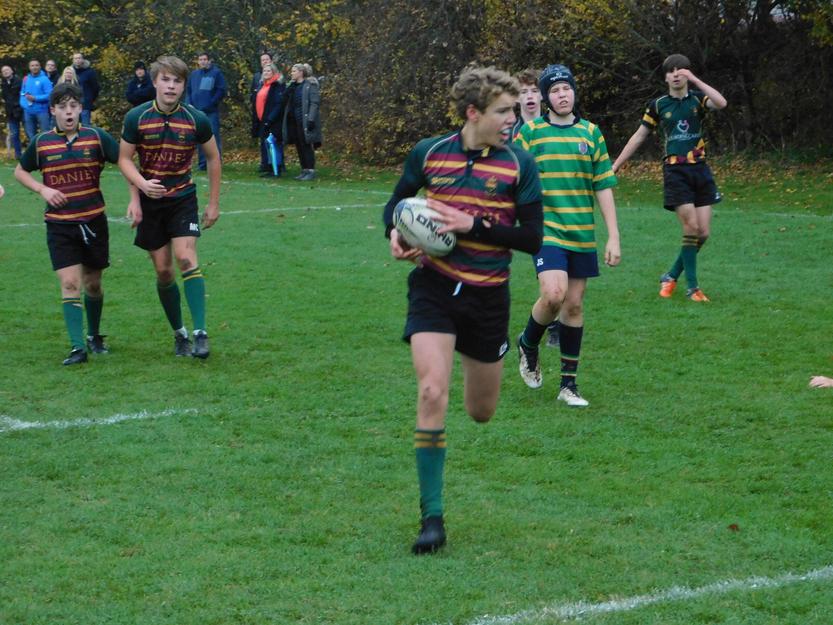 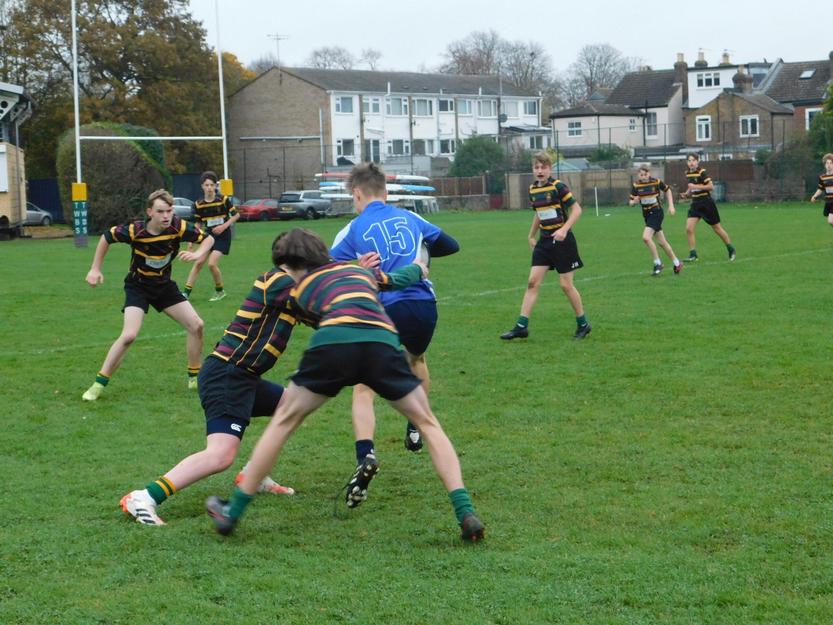