The 1st XV fixture since December 2019 was a first round NatWest vase fixture at John Hampden Grammar School. It was also the debut game for the new playing shirts, where the boys proudly wore the shirts sponsored by The Mark Bowra Foundation and FP Engineering.

Blazing sunshine greeted the boys in Wycombe and, with just two training sessions behind them, it was always going to be a test of character and resilience as well as skill and rugby nous. Playing uphill for the first half meant that TWBS would have to retain possession well and be patient in attack. However, after 3 minutes Herbie was sent to the sinbin for a cynical trip. The remaining 14 had to work incredibly hard in defence without their fullback on the pitch and did incredibly well to concede just 3 points during this period. Luke Austen was a menace in defence all game, tackling hard and forcing many turnovers.

As expected, a lack of game time meant that line breaks were not always well supported and we also ran out of room on the wings, where Isaac Howard-Real & Harry Rufus (on as Max Ratcliffe suffered an early wardrobe malfunction!) were not given enough room to work with. Much good work by TWBS in the first half was also undone by sloppy handling errors or conceding needless penalties, but we went into half time somehow 12-11 ahead thanks to tries by Harry Rufus in the corner and Luke under the posts, after a bulldozing run through the heart of the JHGS defence (easily converted by Tom Coomber).

The half-time message was to keep the ball better, find our quicker runners in the outside channels and be more disciplined. Playing down the slope also meant that any lead we could build could be consolidated with good field position.

Pleasingly, as the second half went on the play from TWBS was better and better. Rolling substitutions meant that all boys played at least half the game and those that weren’t fully match fit yet could be given a breather when needed. Any changes that were made did not disrupt the ever-improving handling and support play in attack, nor the defensive efforts and organisation. This meant that TWBS dominated the possession and territory all half and tries from Max Ratcliffe (now wearing non-ripped shorts!), Herbie and Jack Donnelly meant that the result was settled with around 10 minutes left. There was time remaining for Tomiwa to also spend time in the sinbin for the end of the match, but this indiscipline did not effect the result.

TWBS were worthy 31-18 winners and most pleasingly, have plenty of potential to get better and better as the season goes on and more games are played. 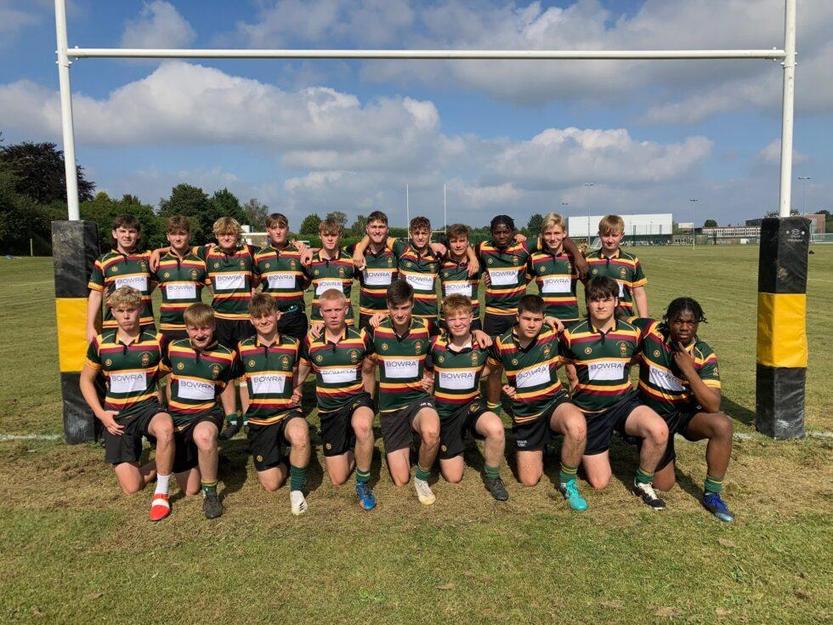