Rampant Windsor Boys run riot as they hit Alexandra park for eight.  The high-pressing, energetic and ruthless hosts put the visitors to the sword, managing to pass through their defence with ease on countless occasions which would often result with a goal at the end of each attack. After a cagey opening few minutes which saw the visitors pressuring high up the pitch, the hosts began to find their feet and string a couple of passes together which resulted in an early foul in the box and a chance to settle a few nerves from the penalty spot. Joe Bartlett duly dispatched the spot-kick which set the tone for a dominant first-half display that saw the Windsor Boys amass a staggering six-goal haul thanks to a first-half hat-trick from Joe Bartlett, a deft flick from target man Tom Jansen following a corner, an instinctive touch from Will Gillies as he latched onto a defence-splitting pass, followed by a delightful chip from Charlie Dunnett after being sent through one-on-one with the keeper. The half ended with a score line of 6-0 which certainly didn’t flatten the hosts commanding display.

Following a brief interval, the main guidance was to keep it solid at the back and stop the opposition playing through the middle. This advice was clearly taken on as the opening half an hour saw an excellent display in game management as the visitors were starved of any real opportunities with the hosts sticking to their game plan and slowing the game down to their own tempo, whilst maintaining control of the match. With the opposition tiring, gaps began to open in their defence and a quick flurry of goals followed within the latter stages. Ben Florida-James would score the first of a quick-fire brace when the ball landed at his feet after the keeper failed to push a goal-bound shot away from danger, from which Ben made no mistake. A second soon followed when he latched onto a precise, sweeping long ball over the defence and slotted home with ease.

This was to be the final goal in an 8-0 demolition where the hosts certainly merited their resounding victory.

On Thursday 24th – TWBS vs Wexham School (Slough Schools Football League)
The first league fixture of the season vs Wexham started off with Windsor piling on the pressure up top, Charlie Broadway putting his body on the line and a few shots narrowly wide. The first goal came from a free kick scored into the top left corner by Tony Carey, followed shortly after by another goal straight from kick off by Max Ratcliffe. As the game went on, the defence was solid with Luke Austen closing down any chances the Wexham striker had. The third goal was a screamer scored by Luke Smith with a powerful strike from outside the box giving the keeper no chance. To see off the first half, Windsor’s captain Herbie Ruse kept battling in the midfield showing off his strength and stamina.

The second half started off fast with almost two identical goals coming from Windsor. Good passes within the midfield before being played down the left wing and finished off by Max and Herbie. With Wexham heads beginning to drop, Windsor started picking out their passes more carefully playing a through ball to Max to finish off his hattrick. Luke Austen then advanced to striker where he bagged himself 2 well worked goals before a penalty was wrongfully awarded to Wexham who scored. However, after Jonny falling over in the midfield a quick counterattack was finished off by Josh Ratcliffe who scored Windsor’s 9th. 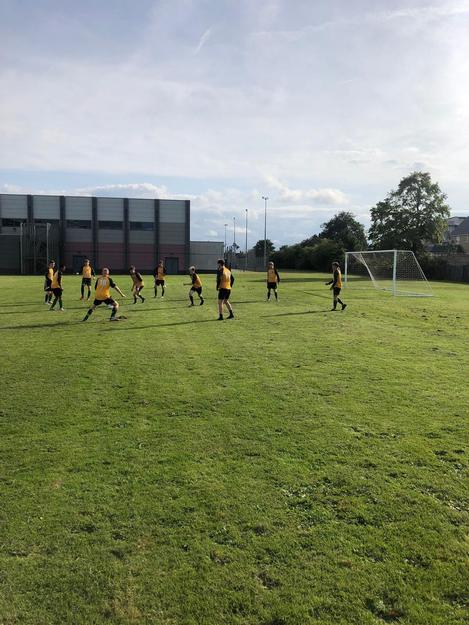 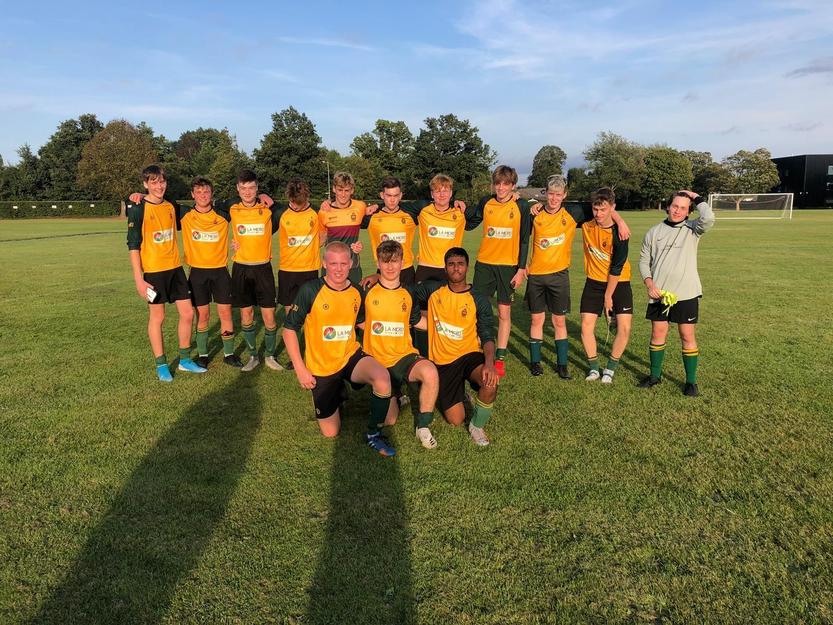 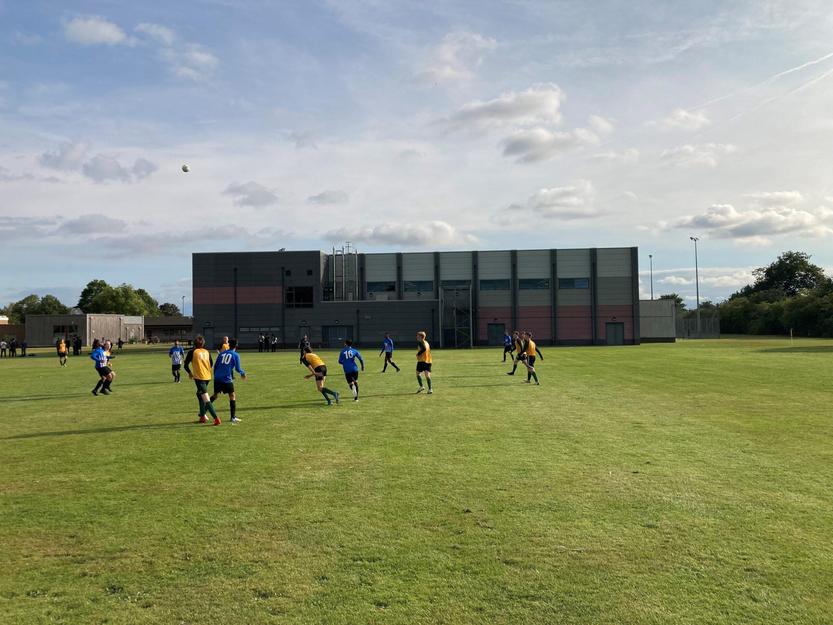 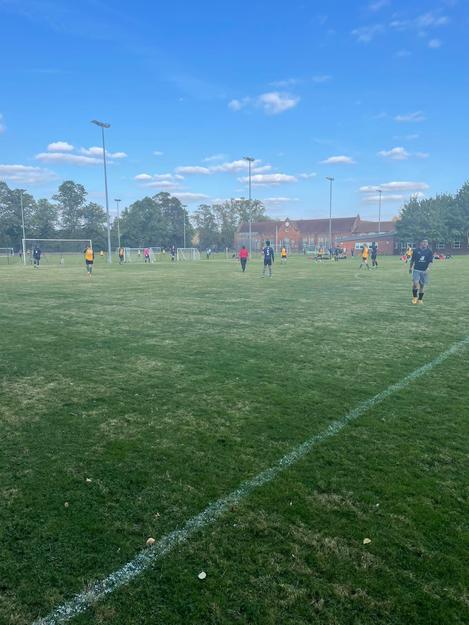 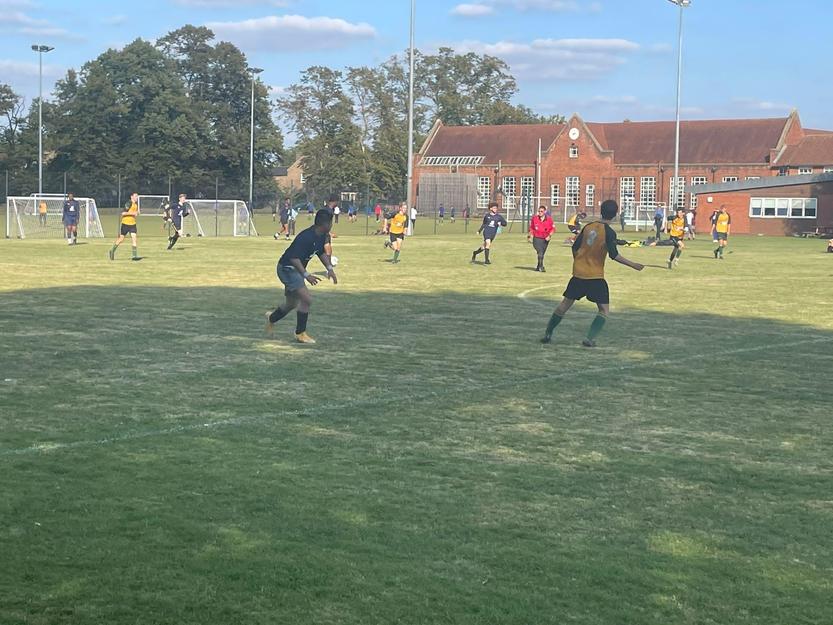 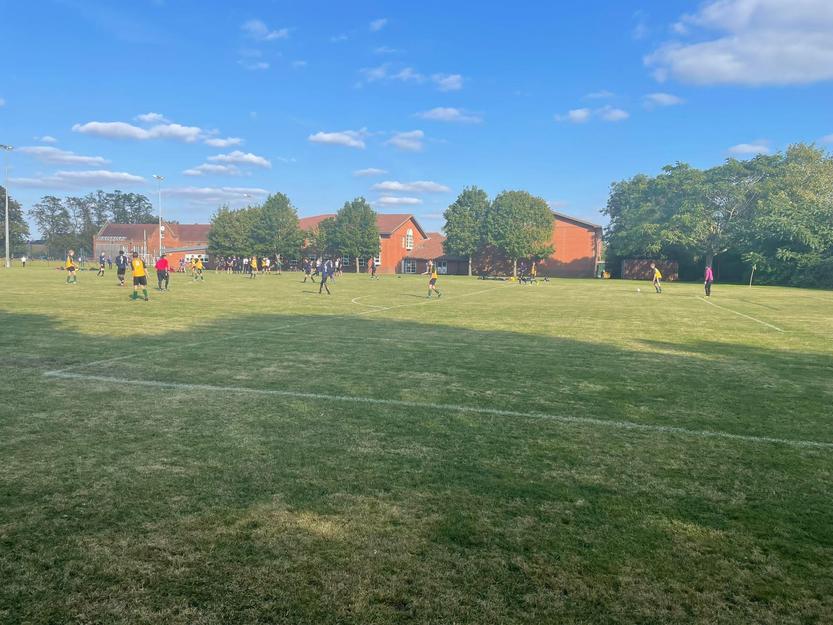 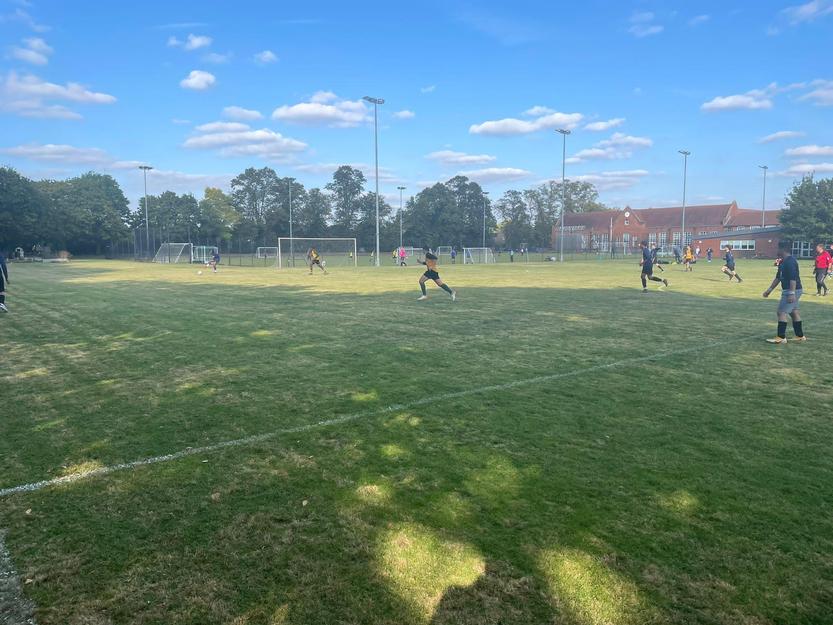