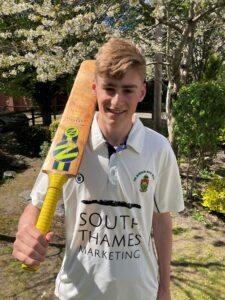 On Friday 30 April 2021 the School 1st XI cricket team hosted the annual MCC outmatch (a fixture played by MCC members as part of their programme of over 450 fixtures annually to promote the sport to schools and encourage the game to be played in accordance to the Spirit of Cricket). The significance of this fixture was greater than ever this year as it was the first sports fixture played by TWBS since the U15 Football team beat St Bernard’s 4-1 on 12 March 2020 due to school closures and the global pandemic.

As is customary, MCC batted first and play was underway shortly after the scheduled start time of 11:30am due to some light rain earlier that morning. Despite the showers, the pitch and the grounds looked glorious thanks to the hard work of Lewis & George (C&G Groundcare) over the preceding days and weeks.

Captain Charlie Dunnett (Y12) (as per above photo) and Bailey Niblett (Y9) opened the bowling and, after a few signs of rust from the enforced sporting hiatus, soon found their lines and lengths with regularity. Charlie, fittingly, took the first wicket of the day, inducing a mis-timed drive from the MCC opener to give Kumayle Hussain (Y9) a simple catch at mid-off (41-1 after 7 overs). TWBS had to be patient throughout their bowling innings as MCC steadily rebuilt and then their batters looked to accelerate the scoring rate as they became more settled at the crease. The boys’ bowling and fielding was very impressive and MCC had to work hard for their runs throughout. Kumayle bowled effective seamers with the wicketkeeper (Karl-Christian Ziemkendorf – Y11) ably standing up to the stumps and Josh Jayasingh’s (Y12) crafty wrist spin helped slow the scoring rate. Tegh Banse (Y11) and Marcus Downie (Y9) bowled with skill, but without taking a wicket in their spells. The second wicket eventually fell with the score 150-2 after 29 overs, alumnus Zain Ishaq the recipient by deceiving the remaining MCC opener in the flight as he attempted something violent through the leg side to be clean bowled. Charlie Ticehurst surprised the no.3 with a straight ball & he duly chipped it to Banse at midwicket for a simple catch (171-3 after 31 overs). At this stage MCC were looking like setting an ominous total to chase, but disciplined bowling from Banse, Ishaq & Downie and then the returning Dunnett and Jayasingh, combined with intelligent fields and committed ground fielding, restricted MCC to 220-3 after their allotted 40 overs. A competitive, but attainable target of 221 to win 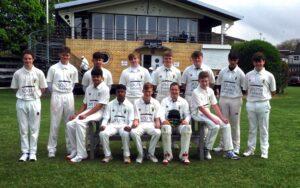 A socially-distant break between innings gave MCC a chance to rehydrate & TWBS boys the chance to have a bite to eat – thanks to Charlotte & her team in the kitchens for providing the individually wrapped food for them all (& the cakes for the post-match nutrition!) – and Mr Higgs was able to pass on his sage advice to the opening batters while they prepared for the batting innings.

Upon the resumption Josh and Charlie Kingsford (Y9) strode out to open the batting for TWBS and they gave a stable and steady start to the run chase, until Kingsford was the first wicket to fall by guiding a sharp catch to slip. His departure at 55-1 (13.3) saw captain Dunnett stroll to the crease to join Josh, and the two senior players went about their business calmly for the next hour, until Josh was dismissed for 42 when trying to increase the scoring rate. Ishaq joined Dunnett and the pair of them saw TWBS past 100 in the 27th over. MCC were bowling tidily now, having been generous with their wide bowling at the start, and boundaries were hard to come by. Zain was the next to fall trying to play one aggressive shot too many, while Dunnett passed his 50. 165-3 with just 3 overs to go looked to be too tall an ask with 5 boundary fielders posted, and it proved to be so. Will Moss (Y10) came and went quickly with quick runs needed and TWBS could only finish on 188-4 after their 40 overs. Captain Charlie Dunnett was rightly awarded the player of the match for his 71* and 1-39.

It was wonderful to see school sport back underway, and with such a high profile fixture to re-launch this vital and essential part of the boys’ education. My thanks must go to our main sponsor Michael Gegg and his company South Thames Marketing, as well as to former member of staff Bob Bates and all those who donated via our JustGiving page, for their help in financing the staging and running of the match. Hospitality on the day for all staff & players was entirely down to Amanda and Clare from the Friends’ of TWBS, to whom (along with Mr Higgs) my thanks go to for ensuring all the planning & logistics were in order & everyone had a full cup of coffee and mouth full of cake throughout the day! Chris Morrell MBE took the wonderful pictures that accompany this piece. Without the help and support of all these people, the event would not run, so I am happy to say Thank You All once more! 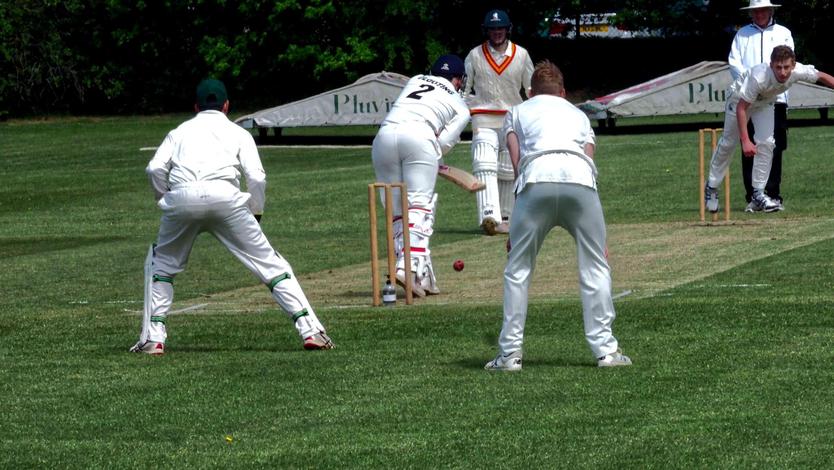 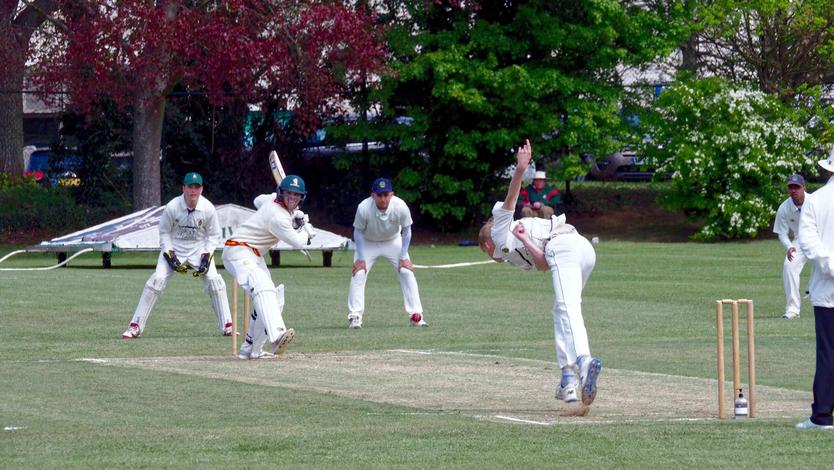 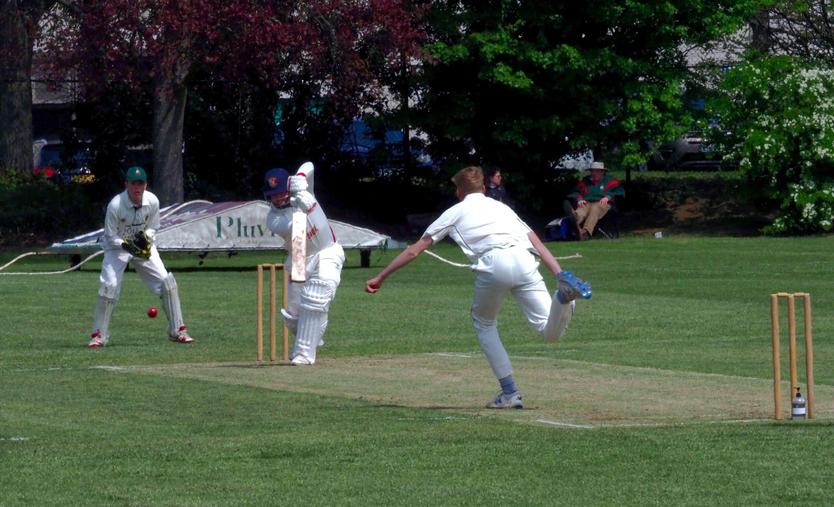 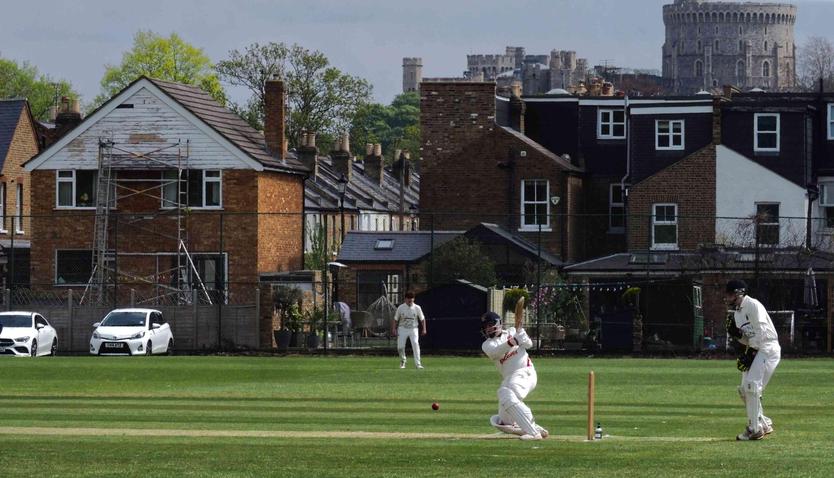 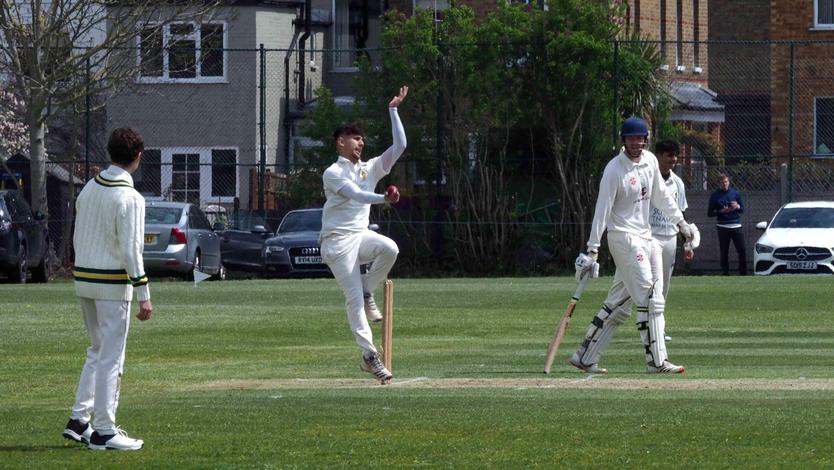 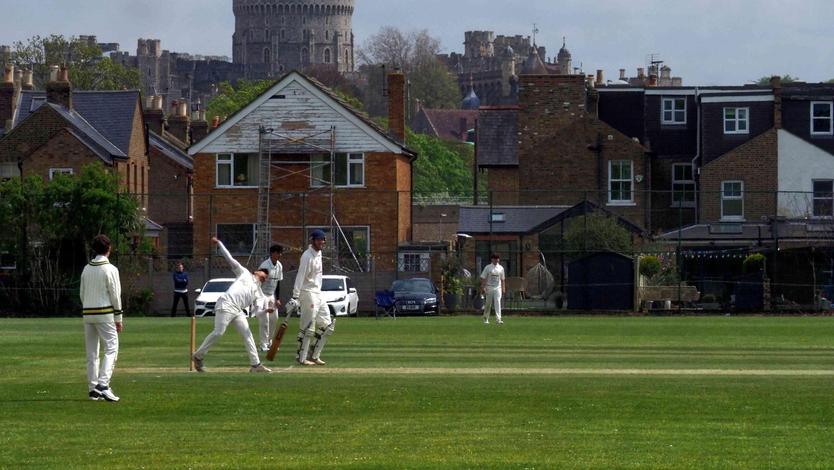 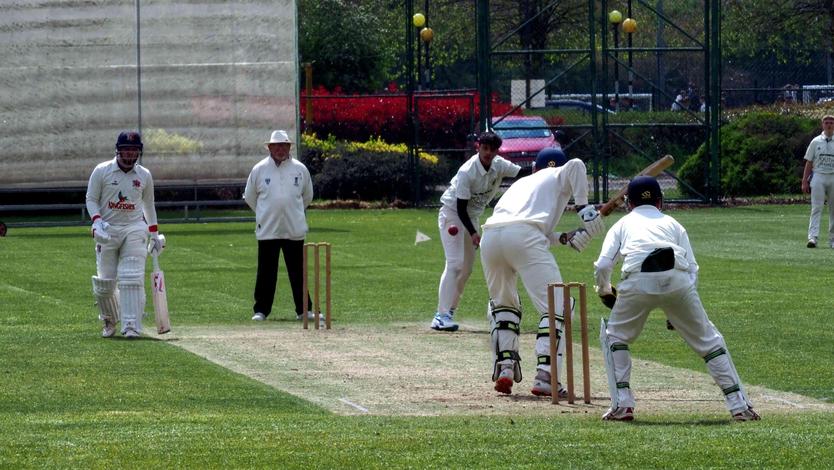 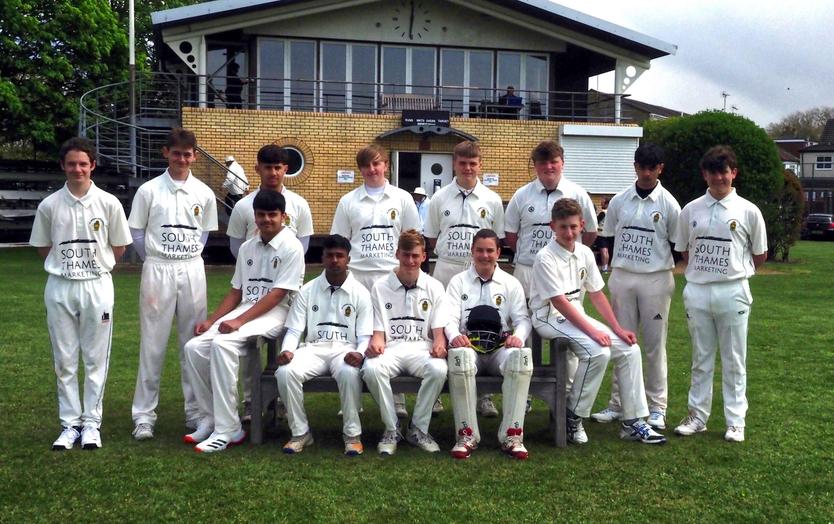 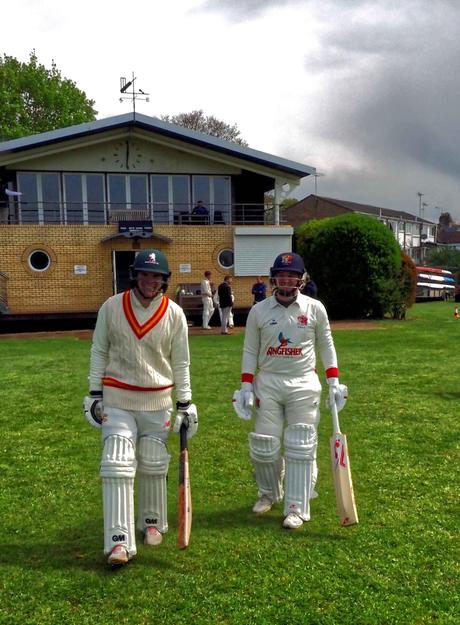 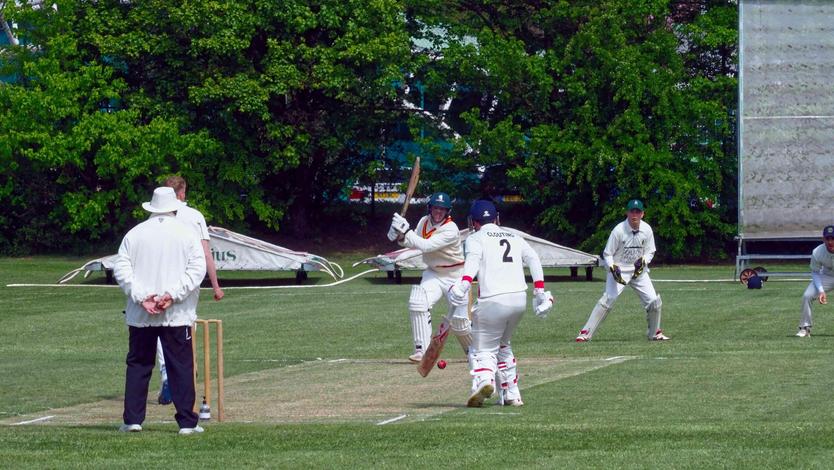 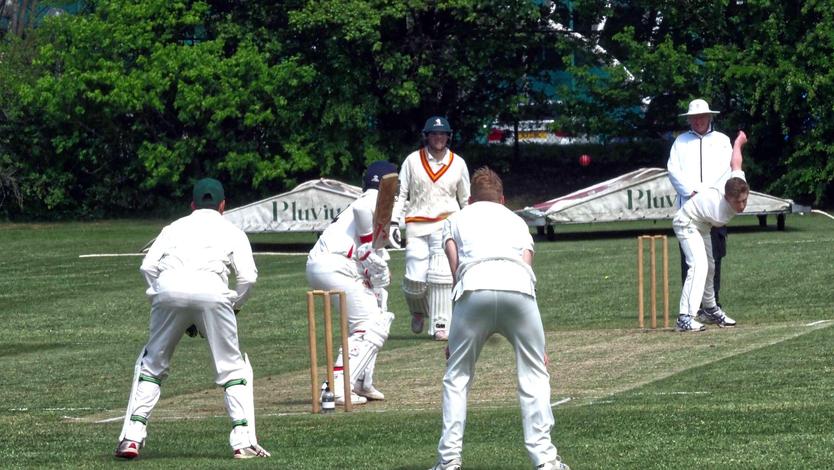 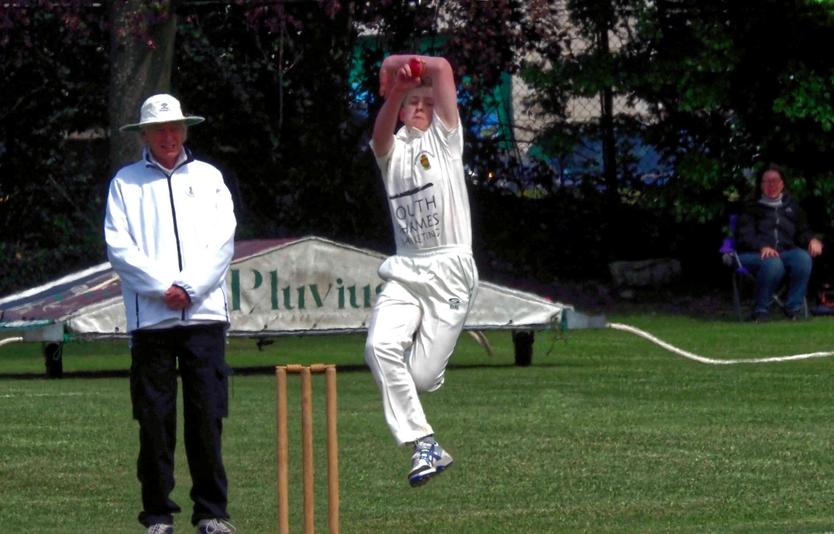