The weekend gone saw another mega weekend of racing at Kingston Regatta on Saturday 10th and Sunday 11th July.

On Saturday, the J15 and J16s raced really well. Sadly no wins, however the J16 quad of Cook, Hewitt, Leeson, Usher did really well in making the final, only to lose to a strong Kingston quad. The J16 B quad raced hard but were unable to progress through the regatta, and the same was true for the J15 squad.

The highlight of the day was Gap Student coach, Ben Liddell, winning the open singles event. Ben is working hard to develop his coaching skills, and has been fully involved with all aspects of making the boat club work and is doing a great job, but is still keen to keep his fitness up and race when he can, and rightly so. This was particularly sweet for him as in five years at WBSBC as a student he was unable to convert all his hard training into a win as a rower (although many as a cox), so achieve this, his first ever regatta win actually rowing was a fantastic moment for him! Well done Ben and thank you as ever for all your hard work!

On Sunday, the J14 squad were back in action and did not disappoint, despite a last minute logistical nightmare following Covid positive cases and contact isolations, which meant a lot of crew changes. Fortunately, the organising committee were accommodating, and we were pretty much able to cope!

The J14 double of Marcus Downie and Harry Leeson raced really well through four rounds to eventually win the final and take home the gold medal, another great result for these two up and comers.

In the Octuple, the other crew sadly had to withdraw due to Covid issues, leaving a straight final between TWBS, Sir William Borlase and Kingston Rowing Club. The boys didn’t care though as the crew of Joe Wellington, Oscar Whelan, Gene Fiddy, Gabriel McIntyre, Milo Paice, Joseph Richards, Filip Vasil, Ruben Taylor, and cox, Kristen Lund, stormed to victory.

And finally the quad of Whelan, Wellington, Leeson, Downie, Lund (doubling-up to make up for lost crew mates!) raced all the way to the final to eventually win that event too!

What an outstanding, very long weekend all round! Well done to all the boys and coaches

This weekend coming at the end of the term, sees yet another monster weekend of racing, with many boys racing at Molesey Regatta and then the senior crews and J15 ‘A’ quad and 2 singles racing in Nottingham at the British Junior Rowing Championships. Good Luck to them!

For the senior crews, with a month now until the rescheduled Henley Royal Regatta, this marks an important steppingstone towards the middle of August. 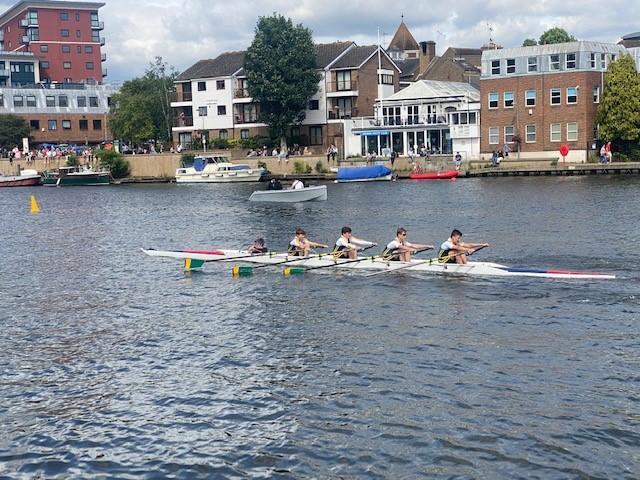 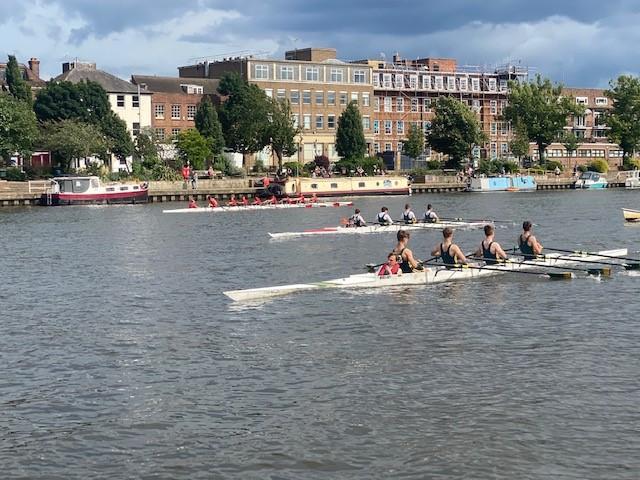 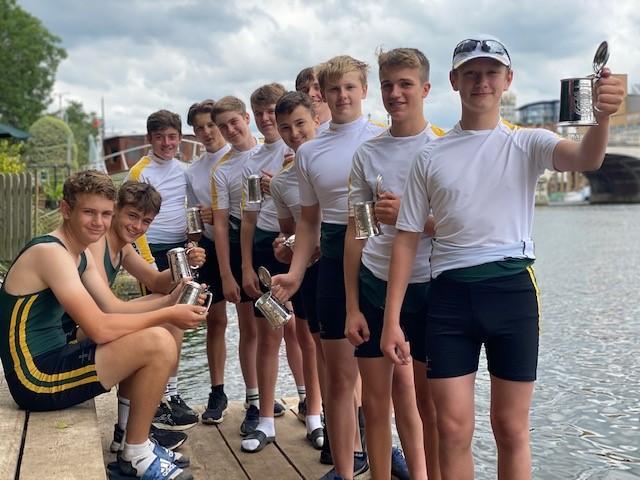 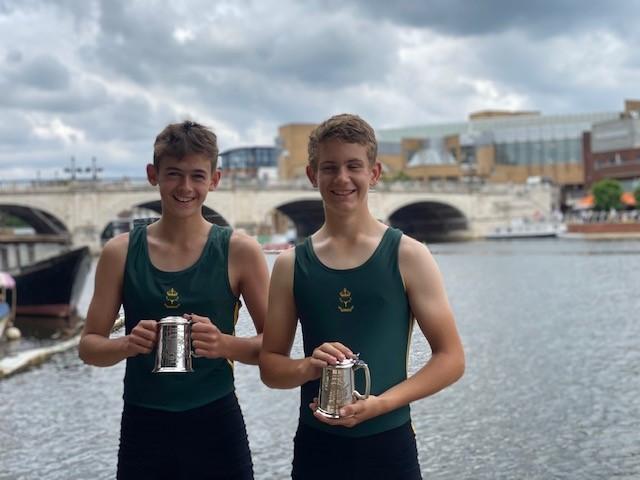 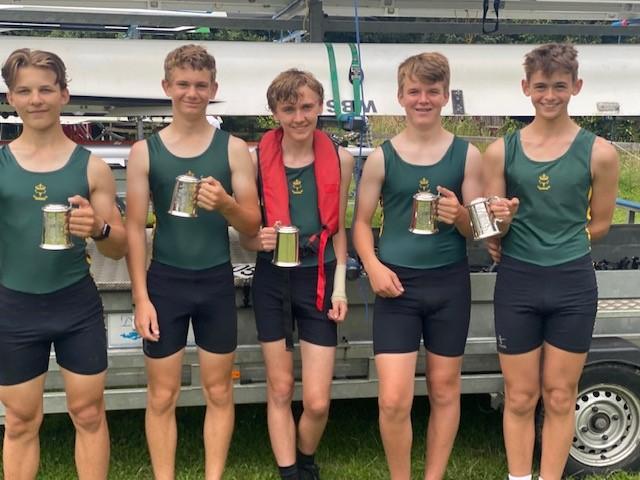 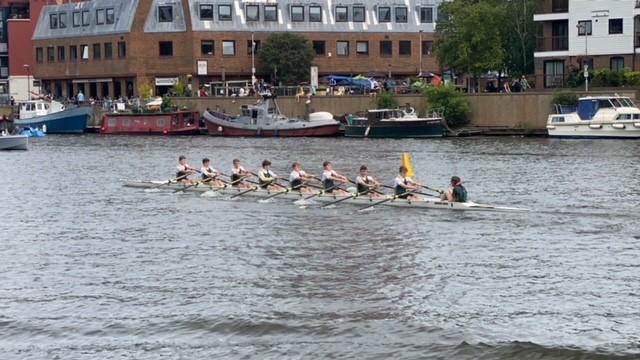